Talk Something about Impedance PCB

Considerable signal reflection and falsification will occur, thus resulting in design failures if there is no impedance control in the PCB. Normal signals, such as PCI bus, pci-e bus, USB, Ethernet, DDR memory, LVDS signal, etc. also require impedance control. Finally, PCB design will be achieved by impedance control and it can put forward for PCB technology. After talking with PCB manufacturers and combining with the use of EDA software, the trace with impedance control can be made according to the integrity of signal.

Different routing methods can be calculated to obtain the corresponding impedance. 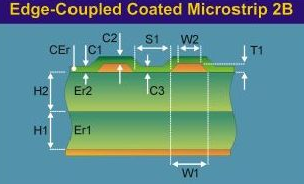 A strip is a strip of copper between two conductive surfaces. If the thickness and width of the line, the dielectric constant of the medium, and the distance of the ground plane of the two layers are all controllable, then the characteristic impedance of the line is also controllable, and the precision is within 10%.

In order to control the impedance of PCB well, the structure of PCB should be understood first.

Generally, the multi-layer pcb is formed by lamination and lamination of the core board and semi-solidified sheet. The core board is a kind of rigid, specific thickness and copper plate, which is the basic material of the printed board. The semi-solidified sheet constitutes the so-called infiltration layer, which ACTS as a bonding core board. Although there is a certain initial thickness, the thickness will change during the pressing process.

The outermost layer of the multilayer pcb is the soldering layer, which is often called "green oil". Of course, it can also be yellow or other colors. The thickness of the solder barrier is generally difficult to determine accurately. The area without copper foil on the surface is slightly thicker than the area with copper foil.

When making a printing board of a certain thickness, on the one hand, it is required to select the parameters of various materials reasonably; on the other hand, the final forming thickness of the semi-cured sheet is smaller than the initial thickness. Here is a typical six-layer laminated structure:

In different PCB plants, there will be slight differences in PCB parameters. Through communication with technical support of PCB plants, some parameters data of PCB factories can be obtained.

Copper foil: there are three types of copper foil that can is commonly used: 12um, 18um and 35um. The final thickness is about 44um, 50um and 67um after finished products are made.

Core board: the common material are S1141A, the standard FR-4, and two bread copper. The specification can be chosen and confirmed with the PCB manufacturer.

Cross section of a wire: we think of the cross section of a wire as a rectangle, but it's actually a trapezoid. Taking the TOP layer as an example, when the thickness of copper foil is 1OZ, the upper base of the trapezoid is 1MIL shorter than the lower base. For example, if the line width is 5MIL, the upper base is about 4MIL and the lower base is about 5MIL. The difference between the upper and lower base sides is related to the thickness of copper.

Dielectric loss factor: the energy consumed by a dielectric material under an alternating electric field is called dielectric loss. The typical value of S1141A is 0.015.

Popular posts from this blog 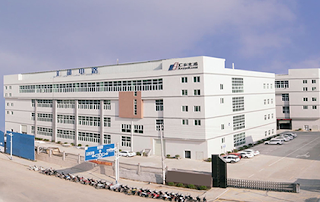 “Why your products are so cheap?” Frequently, the visitors and PCB buyers are questioning why our PCBs enjoys a cheap price and whether we secretly sacrifice the quality to achieve the low cost. Of course not! PCBSKY is a professional PCB manufacturer platform that devotes to gathering the best PCB manufacturer in China and offering the best service to our customers. And our printed circuit boards enjoy the highest quality that certified by international institutions. Why the PCBs we offer are the cheapest? 1.PCBSKY has established strong and reliable relationship with plenty of experienced PCB manufacturers in China, which provides various options of price and lead time to our customers and make the price more competitive and favorable. Thus, customers can place their orders with the cheapest and best price. 2.We develop a transparent ERP system that make the whole purchasing process touchable for customers. With this system, there is no hidden cost in purchase, and customers will g
Read more

- November 26, 2020
Printed circuit boards (PCBs) are usually a flat laminated composite made from non-conductive substrate materials with layers of copper circuitry buried internally or on the external surfaces. They can be as simple as one or two layers of copper, or in high density applications they can have fifty layers or more. The flat composite surface is ideal for supporting the components that are soldered and attached to the PCB, while the copper conductors connect the components to one another electronically. The six basic components of a standard printed circuit board are: Prepreg Laminate Copper foil Soldermask Nomenclature Final finish Prepreg is a thin glass fabric that is coated with resin and dried, in special machines called prepreg treaters. The glass is the mechanical substrate that holds the resin in place. The resin – usually FR4 epoxy, polyimide, Teflon, and others – starts as a liquid that is coated onto the fabric. As the prepreg moves through the treater, it enters an oven secti
Read more 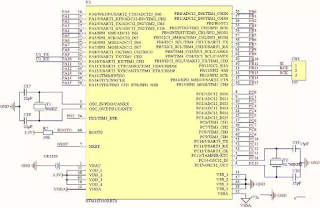 Printed circuit boards (PCBs) design services is one of the ways that we help our customers get to market faster as our engineering team has significant real world experience designing PCBs for performance and manufacturability. Our 10 years of PCB manufacturing history allows us to quickly get customers full Gerber and drawing packages if you: Require a PCB layout from design schematics you have created. Have an existing design that needs to be updated, changed, or optimized for cost effective assembly. Need a new PCB design , from concept (schematics/BOM) to creation (full PCB documentation). Our team of engineers and CAD/CAM operators are available to discuss any project needs that our customer may have as we are fully licensed and utilize industry leading tools, including Cadence Allegro, Mentor Expedition, Mentor's PADS, Altium, Valor for DFM Analysis. Our Capabilities Encompass The Full Design Flow From Start To Finish Including: Micro BGA / Micro Via / Blind and Buried V
Read more